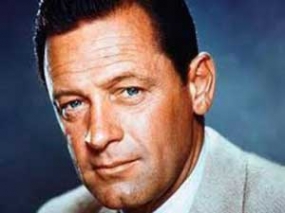 It was while performing for one such play at Pasadena Playhouse director Gilmor Brown’s private theatre in 1937 that his talent was recognized by a representative of Paramount Pictures. William Franklin Beedle Jr portrayal of an old man in the play impressed the talent scout so much that he was signed for movie ‘Prison Farm’, which was released the following year.

His first lead role came in 1939 in the movie ‘Golden Boy’ in which he portrayed the role of a violinist-turned-boxer. Later, William Holden signed a partial contract with Columbia Pictures which, however, did not prove to be beneficial for his acting career. In the meantime, he got married to actor Brenda Marshall in 1941.He had two sons Peter Westfield and Scott Porter, and adopted his wife’s daughter Virginia from her first marriage. Holden and Brenda parted ways in 1971 after going through many long separations.

William Franklin Beedle Jr also served in the US Army Air Forces during World War II as a second lieutenant where he used his acting skills in training films. It was in the year 1950 when his acting career took an upswing with the movie ‘Sunset Boulevard’ in which Holden played the role of a screenwriter who gets attracted to a faded actress. He was nominated for his first ever Best Actor Oscar awards for this role.

William Franklin Beedle Jr never looked back after this movie and got good roles one after another. He got his first Best Actor Oscars award in 1953 for the movie Stalag, in which he portrayed the role of a prisoner-of-war entrepreneur. Many of his movies post-Stalag, which catapulted him to fame, were super hits and included the likes of The Country Girl (1954), Love Is a Many-Splendored Thing (1955), in which he portrayed the character of a handsome war correspondent, The Bridge on the River Kwai (1957) and The Key (1958).

William Franklin Beedle Jr was an actor who excelled both in serious movies and comedies. He acted for a number of comedies like Born Yesterday (1950), The Moon is Blue (1953), Forever Female (1953) and Sabrina (1954). He faced another lean phase in mid 1960s when his movies didn’t set the cash registers ringing at the box office.

But his lean phase ended with director Sam Peckinpah’s ‘The Wild Bunch’ in 1969, which won him critical acclaim. This movie was followed by ‘L’Arbre de Noel’ in 1969, blockbuster ‘The Towering Inferno in 1974, Network in 1976, in which he won another nomination for Oscar awards in Best Actor category and The Earthling in 1980 with child actor Ricky Schroder. Schroder and Holden came too close during the shooting of the movie that Schroder named one of his sons after his senior colleague later.

William Holden also won an Emmy Awards as an Outstanding Lead Actor in a Miniseries/Movie for his movie ‘The Blue Knight’ in 1974.Apart from movies, he was also interested in wildlife conservation and was a managing partner in Africa’s animal preserve. His interest in wildlife led him to form the Mount Kenya Safari Club in Kenya in 1959, which became a hotspot internationally. Though William Franklin Beedle Jr had affairs with many Hollywood actresses like Audrey Hepburn and Grace Kelly, his relationship with actress Stefanie Powers was a longstanding one.

An end to this illustrative life came at the age of 63 on November 12, 1981 when an apparently intoxicated William Holden slipped on a rug, hit his head on a table and bled to death. He was alone when he breathed his last and his body too was found days later on November 16.